Our mission is to protect and promote our state’s natural, cultural and historic assets, contributing to a thriving economy and high quality of life.
Learn More About Us 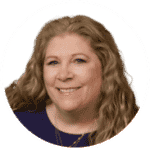 Executive Assistant
Elaine.Lienhart@arkansas.gov
501-324-9162
Elaine Lienhart spent 31 years in the telecommunications industry before starting her career in state government. She joined the Heritage Division in 2014 and in 2019 joined the Arkansas Department of Parks, Heritage and Tourism. Lienhart is the Executive Assistant to the Cabinet Secretary and also supports the staff of the Office of the Secretary. She has an associate’s degree in general business from the University of Arkansas at Little Rock. 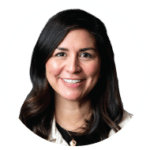 Chief of Staff
Suzanne.Grobmyer@arkansas.gov
501-324-9772
Suzanne Grobmyer joined the Arkansas Department of Parks, Heritage and Tourism as its chief of staff in January 2023. Before joining ADPHT, Grobmyer was the founding executive director for the Arkansas Parks & Recreation Foundation, a 501(c)3 organization that works with communities and land managers across the state to innovate and create outstanding outdoor experiences. Most notably, the foundation partnered to create the Arkansas High Country Route, the development and construction of the Monument Trails at various Arkansas State Parks, and the first professionally contracted trails in the City of Little Rock at River Mountain and Two Rivers Park. Prior to the 2017 founding of the Arkansas Parks and Recreation Foundation, Grobmyer served as the director of major gifts for CHI St. Vincent. She is a graduate of the University of Arkansas at Fayetteville. She is a native of Fayetteville and currently resides in Little Rock with her husband, Andrew, their daughter, Margaret, and son, Armie. 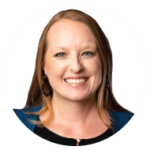 Chief of Communications
Shealyn.Sowers@arkansas.gov
501-355-6667
Shealyn Sowers served as Director of Communications and Spokesperson for Governor Asa Hutchinson from June 2021 until January 10, 2023. Sowers grew up in Clinton and graduated from Clinton High School. She earned a bachelor’s degree in accounting from Ouachita Baptist University and a broadcast journalism degree from the University of Central Arkansas. Sowers started as an associate producer at KARK in 2012 and worked her way up to produce every newscast. In 2019, she was promoted to executive producer and producer of KARK’s political show “Capitol View.”She won an Emmy for Best Newscast and an Edward R. Murrow award for the station’s coverage of the 2014 tornado that struck Mayflower and Vilonia. She also won an Emmy for Best Producer in 2018. 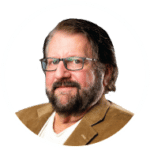 Director of Legislative Affairs
Marty.Ryall@arkansas.gov
501-324-9586
Marty Ryall is the Director of Legislative Affairs. He was appointed to the position by Secretary Mike Mills in January of 2023. In this role, he takes the lead in representing the department with the legislature and other government related activities.  Prior to joining the department Marty was the Director of Governmental Affairs at Arkansas PBS for 7 years, where in 2020 he was named Public Television’s National Advocate of the Year for his work. He has extensive government and political experience of over thirty years having worked in multiple states and in Africa. He has worked for many high-profile political leaders across the country including U.S. Senator Elizabeth Dole in North Carolina, Governor Ernie Fletcher in Kentucky, U.S. Senator Paul Coverdell in Georgia and House Majority Leader Eric Cantor in Virginia. He is also a former State Chairman of the Republican Party of Arkansas.  He has been involved in political work overseas assisting with developing democracies. He served as the in-country program director for Liberia, and later for Nigeria, both with the International Republican Institute.  He has returned multiple times on their behalf for political party training and as an international election observer.   Marty also serves as a commissioner on the War Memorial Stadium Commission. He previously served on the Martin Luther King Commission. He is a native of Star City, Arkansas and is a graduate of Florida State University with a degree in International Relations. 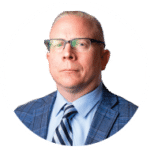 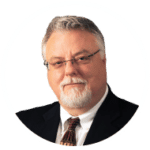 Human Resources Director
David.Flake@arkansas.gov
501-682-7616
David Flake is an Arkansas native, raised in North Little Rock. He holds a bachelor’s degree in psychology from Hendrix College. David has more than 35 years’ experience in counseling and human resources, including career planning and placement, recruiting, interviewing and selection, personnel management, policy development, and supervisory training.  David, who now serves as the Human Resources Director, has been with the Arkansas Department of Parks, Heritage and Tourism (ADPHT) for more than 28 years. During that time, he was the Human Resources Director for the Arkansas Department of Parks and Tourism (ADPT) and then the ADPHT Administration Manager for Legal Services. His areas of expertise are strategic workforce planning, recruiting, policy development and employment law. 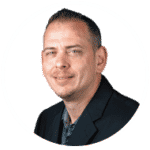 Chief Information Officer
Scott.Blankenship@arkansas.gov
501.682.7638
Scott Blankenship joined the Arkansas Department of Parks, Heritage and Tourism as its Chief Information Officer in June 2022. In his role, he oversees the department’s Information Technology Shared Services team, ensuring uptime and prompt delivery of IT Services to all internal and external customers. With over 20 years of IT experience, Blankenship has broad knowledge in network design, WIFI deployments, system implementation, management of support services, start-ups and IT Leadership in a global market. Scott is very passionate about growth and driving results that ensure the success of the team. 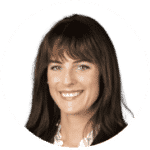 Director, Office of Outdoor Recreation
Katherine.Andrews@arkansas.gov
501.682.6829
Katherine Andrews was named by former secretary Stacy Hurst as director of the Office of Outdoor Recreation in November 2021. In this role, she is responsible for leading efforts to grow Arkansas’s outdoor recreation economy by leveraging the state’s natural assets. Andrews began her career in commercial real estate, then moved into public service in 2016. She worked for the Arkansas Economic Development Commission as director of the Small Business and Entrepreneurship Development Division and previously as a project manager in the Business Development Division. She holds a bachelor’s degree in finance from the University of Arkansas and is a graduate of the University of Oklahoma’s Economic Development Institute. 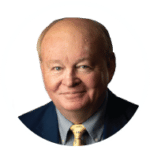 Division Director, Arkansas Heritage
Jimmy.Bryant@arkansas.gov
501.371.6100
Jimmy Bryant was named by Secretary Stacy Hurst as the director of Arkansas Heritage in 2019. He oversees the Old State House Museum, Delta Cultural Center, Historic Arkansas Museum, Mosaic Templars Cultural Center, Arkansas State Archives, Arkansas Arts Council, Arkansas Historic Preservation Program and Arkansas Natural Heritage Commission. Before coming to Arkansas Heritage, Bryant was the director of Archives at the University of Central Arkansas.Bryant has a bachelor’s and a master’s degree in history from the University of Central Arkansas. He is a certified archivist and author of “The Centennial History of the University of Central Arkansas” published in 2008. Bryant has served on several boards including the Governor’s Advisory Council on Aging Faulkner County Council on Aging and the Arkansas History Commission. 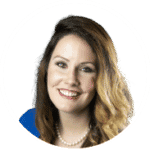 Director of Keep Arkansas Beautiful
Colbie.Jones@arkansas.com
501.683.4362
Colbie Jones serves as director of Keep Arkansas Beautiful and is an experienced marketing executive, leader and horticulturist. As director, she is charged with administering the Keep America Beautiful system in Arkansas by managing community networking activities and representing the state in national programs. Jones also communicates the mission of Keep Arkansas Beautiful through publicity, promotion, advertising, education and public appearances. Jones began her career at the Arkansas Democrat-Gazette and, shortly after, worked as a reporter for the Sentinel-Record in Hot Springs, Ark. She then served as a media specialist and efficiency officer with the Arkansas Minority Health Commission, working closely with the Chief Transformation Officer to provide reports on efforts to make the agency more efficient. Jones joined Arkansas-based marketing firm MHP/Team SI in 2018 and worked her way up to the role as a senior account executive. During her tenure at the agency, she worked closely with nonprofit organizations, identifying and fostering relationships to increase reach and maximize resources. During her time at MHP/Team SI, Jones secured nearly 20 marketing and communications awards for her work for agency clients. Jones is a member of the Arkansas Environmental Education Association and serves as a board member of the Arkansas Urban Forestry Council. She resides in Stuttgart. 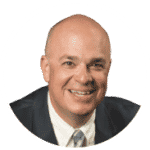 Division Director, Arkansas State Parks
Shea.Lewis@arkansas.gov
501.682.6925
Shea Lewis was named by Secretary Stacy Hurst as the 10th director of Arkansas State Parks in 2022. Lewis is responsible for the day-to-day operation of 52 state parks found in 48 counties, covering 55,000 acres across the state. With over 9 million visitors on an annual basis, his areas of responsibility range from operations, maintenance, planning, development, emergency and program services, marketing, promotion, revenue, sales, outdoor grants and general administration. Lewis started his career with Arkansas State Parks as a seasonal park interpreter in 1995. With 25 years under his belt, he has also served as a full-time interpreter, park superintendent, region supervisor and deputy director for Arkansas State Parks. Lewis received a bachelor’s degree in parks, recreation and leisure studies from the University of Memphis and a master’s degree in educational/instructional media design from the University of Arkansas at Little Rock. 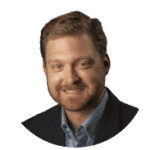 Division Director, Arkansas Tourism
Travis.Napper@arkansas.gov
501.682.1088
Travis Napper was named by Secretary Stacy Hurst as the director of Tourism in April of 2020. In his role, he oversees the Tourism Division in its mission to improve the economy of Arkansas by generating travel and enhancing the image of the state. This is carried out through the work of three areas within the Tourism Division: sales, marketing and development, and welcome centers. His career began in university recruitment and orientation, but he has spent the past 10 years in destination marketing on the local and state level. Napper holds a bachelor’s degree in marketing from Louisiana Tech University. In 2016, he received the Certified Destination Management Executive (CDME) designation.

A Message from Secretary Mike Mills

Dear Colleagues, Although I have only been in my new role for just over two weeks, it has been th…

Mills begins tenure as secretary of the Arkansas Department of Parks, Heritage and Tourism

During World War II, the United States set up prisoner of war camps to aid our British a ...
Read More
Dec
21

Walk into the past with us to discover what archeologists have uncovered about the people who lived here over 1,000 y ...
Read More
Sep
30

Get Money For College 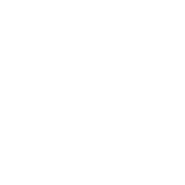